I'm using a CNC plasma cutter. I use Coreldraw to create my parts, and I nest them in Corel, using the eCut plugin. eCut is very handy, offering a variety of useful functions. I then import the nested DXF into Sheetcam.

Once imported into Sheetcam, though, I run into issues. Sheetcam seems to want to place lead-ins in corners as often as possible, or other "tight" areas, where my pierce divot will create a blemish. As such, I have to go in and place/move the lead-ins manually, which is quite time consuming. If Sheetcam would place the pierce points away from areas it can blemish (by default), it would essentially remove the lack of in-program part nesting.

Would it be possible to have a check box which tells Sheetcam to start the auto-generated leadins "in corners", or "in open areas" )with open areas, ideally, being as far away from other cuts as possible)?

I've attached a couple of photos to aid in the description. The first shows where Scam placed the pierce/lead-in, when applying the toolpath. As you can see, this is deep in a corner, and the pierce is likely to blemish the edge (near the pierce) where it's close to the wall. The 2nd photo shows how I move the leads to "open" areas, so I don't have to worry about this.

If Scam could be told to "place the pierce/lead-in away from other edges, if possible", that would be a tremendous help.

As always, thanks Les for all that you do! 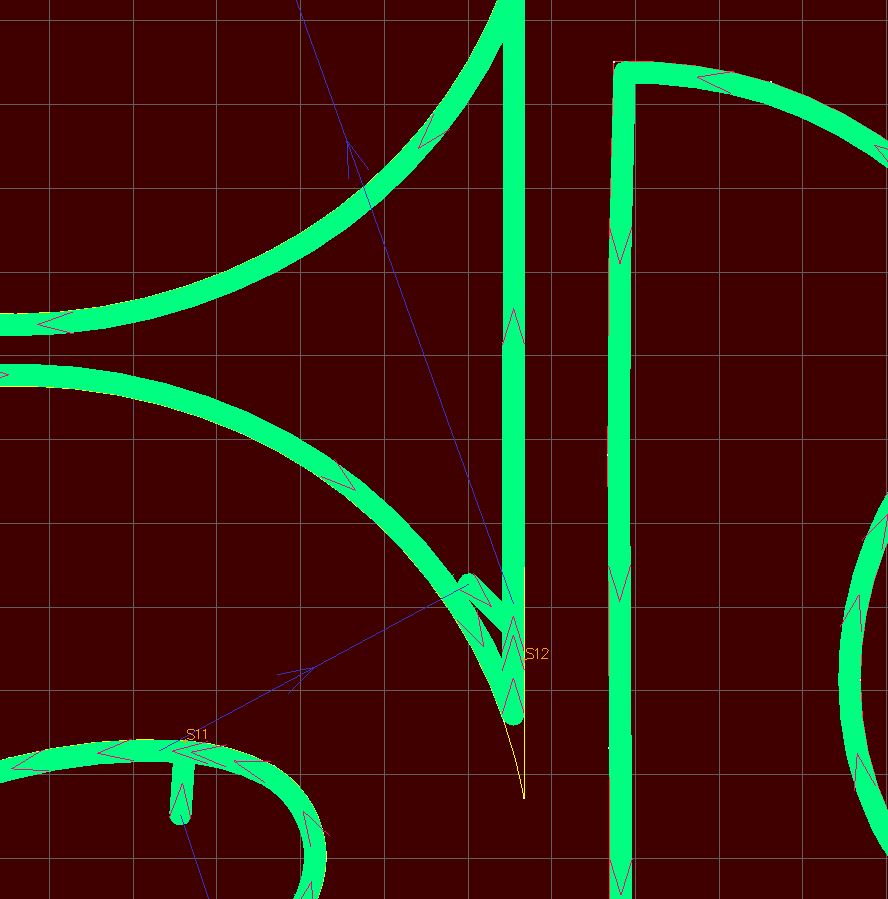 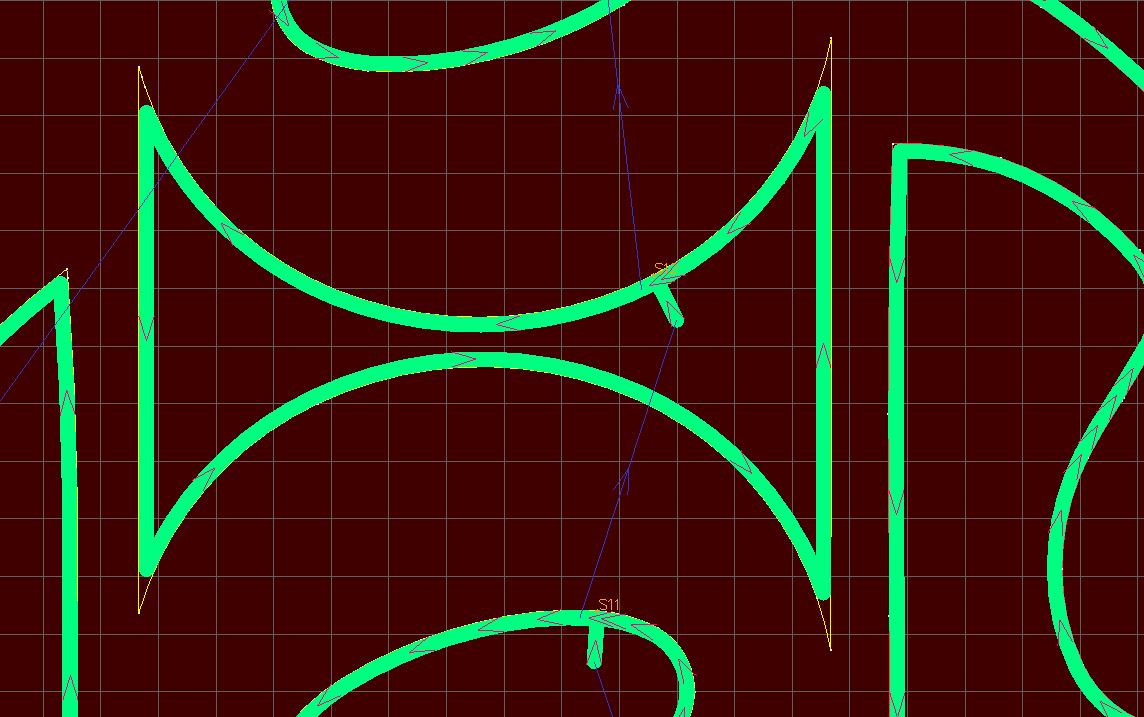 That is a good point. I'll put it on the to-do list. Currently it just picks the first join between lines/arcs. It should at least prefer outside corners.
Top

Thanks Les! If there were a way for it to find/pick most "open" area, that would be great. About anything would be better than burying in a corner, though.
Top

Thanks Les! If there were a way for it to find/pick most "open" area, that would be great. About anything would be better than burying in a corner, though.

Looking forward for this to hit a an update! lol
Top

It's in the next dev release, due out today. Start point handling has changed quite a bit in this release. When you load a drawing, SheetCam will move the start points around to try to reduce the rapid distance between cuts. The start points will prefer convex corners but depending on the shape, may fall back to convex arcs or as a last resort the middle of a line.

If you change operation settings, SheetCam may move start points to get the best cut paths. For example what is good for an outside offset may be bad for an inside offset. If you manually move a start point it will be locked in place and will no longer be automatically optimized. You can also lock/unlock start points from the right-click menu in start point mode. When you load a job created by an older version the start points will default to locked. This is so that old jobs cut the same as when they were originally set up. You can of course manually unlock the start points to allow SheetCam to do it's thing.
Top

I'm just reading this and will try the new release but I've thought about this problem for a while. If SheetCAM just tried to pick lead-in points by finding a spot as though the lead-in was twice as long as it is actually defined (if it existed), then it would pick a good spot for me.

Thanks for making SheetCAM!
Jim
Top

It does to a certain degree. As well as the lead in/lead out having to fit, there has to be a space of at least 1.5 times the size of the leadin between the start point and the next nearest edge. You can tweak that value in Options->application options->advanced->start point tool clearance.
Top

That's good to know, Les! I'll play with that setting as well, and see if it makes for better placement!
Top
Post Reply
8 posts • Page 1 of 1